In the old times, horses were used as a means of transportation because of their speed, agility, and endurance. With the invention of cars and other vehicles, many no longer use horses as their main source for transportation.

Nowadays, horses are bred and groomed to participate in horse-racing competitions. People gather in different horse tournaments to find out what the fastest horse in the world is every year. Read on to find out who the reigning champions are without having to be at a racing stand. 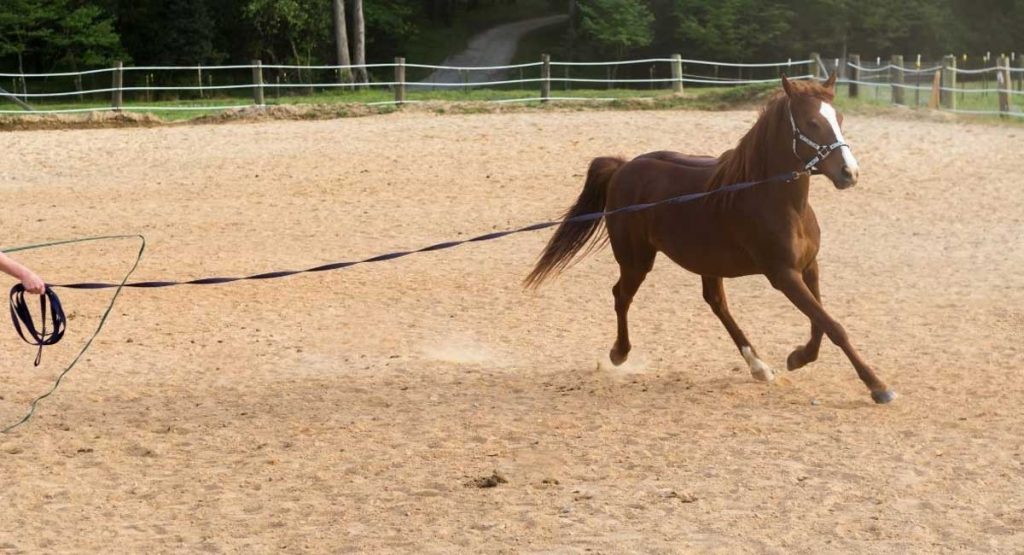 Racehorse Breeds with the Fastest Speeds

The speed of the horse depends on the breed. Some horse breeds are naturally faster than others and will always have that advantage in races. Some of the fastest horse breeds for horse racing include:

Despite its small size, you would be wrong to underestimate the stamina and agility of these beautiful creatures. Despite their hot-blooded nature, these wonderful horses are very friendly, intelligent, and even-tempered.

American Quarter Horses are one of the fastest breeds in the world! This breed is considered the fastest breed to race over shorter distances. Reportedly, they can reach a maximum speed of around 88 kilometers per hour over a quarter mile – which explains the “quarter” in their name.

The American Quarter is perfect for any horse owner looking for the fastest horse breeds for sprinting and other cattle events. Apart from their impressive sprinting capabilities, American Quarter Horses are also bred for their adaptability and versatility.

Their explosive speed, straight profile, strength, versatility, and adaptability make them the perfect type of horse to use for sports like Barrell racing.

The speed and versatility of these wonderful horses are due to the bloodline of English horses imported from Virginia and bred with imported Spanish horses. Their temperament also makes them well-suited for ranch work, trail riding, dressage competitions, and lower-level show jumping.

Appaloosa horses are one of the beautiful horse breeds, easily distinguished by their flashy coats. They are well-known for their endurance, speed, strength, and durability which makes them perfect for the horse racing industry.

Like the Arabian, Appaloosa horses can run long distances while maintaining top speeds for long periods of time. Their high endurance levels make them perfect for long-distance and endurance races.

Their hot-blooded temperament makes them energetic, competitive, and lively. Their slim and tall build makes them powerful, agile, and quick.

Although this is a horse for speed racing, these beautiful horses are perfect for almost any speed event, including high and low-level show jumping, barrel racing, and three-day events. 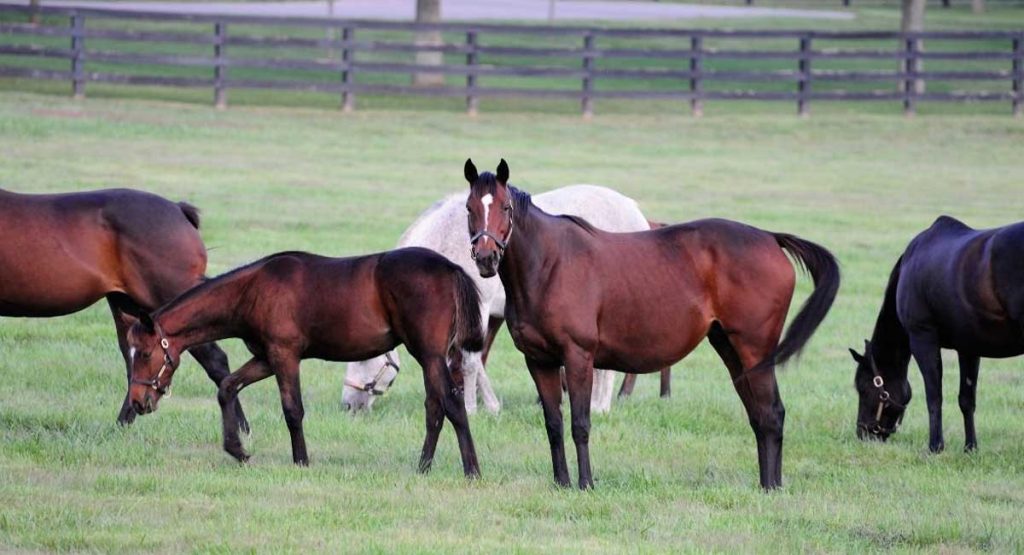 The Akhal-Teke, also called the Golden Horse, is another beautiful breed of horses known for its glossy and shiny coat. This breed’s hot-blooded temperament, endurance, and exemplary stamina make it a perfect racehorse for long distances.

Similar to Arabian horses, this breed also has a diminutive conformation. Their height averages at 15.2 hands and weighs between 900 to 1000 pounds.

The fastest Standardbred horse on record is Lee Axworthy who ran 30 miles per hour, which is the average galloping pace of a horse on the field.

Top 10 Record Holders as The Fastest Horse In the World

According to the Guinness World Records, the fastest pace ever recorded on a racetrack over two furloughs was by Winning Brew on May 14, 2008 at the Penn National Race Course in Grantville, Pennsylvania.

At that time, the filly was two years old and clocked the speed of 70.76 kilometers for a quarter-mile distance at a total race time of 20.57 seconds.

Hawkster became the record holder for the fastest speed in a true mile and a half race on October 14, 1989, at Santa Anita Park in Arcadia, California. The 3-year-old American Thoroughbred ran the race in a record time of 2 minutes and 22.8 seconds.

Northern Dancer became the first Canadian horse to win the 1 ¼-mile Kentucky Derby in 1964. He ran the race in a record time of 2 minutes. He also went on to win the Preakness Stakes, but his Triple Crown race was cut short by a strained tendon.

Almost fifty years after he broke all the records, no other horse has come close. The Belmont Stakes, Kentucky Derby, and Preakness Stakes record all belong to the Thoroughbred.

After his death in 1989, the autopsy showed that his heart weighed 22 pounds. For context, the average weight of a Thoroughbred’s heart is between 11-12 pounds.

Although Seabiscuit was a small horse for a Thoroughbred, with only 15.2 hands – he became the top winning racehorse up to the 1940s. He was voted “American Horse of the Year” in 1938 after beating the 1937 Triple Crown Winner, War Admiral, at a 2-horse special race in Pimlico.

He ran the half-mile in an impressive 44 seconds, where he finished the first-quarter mile in 20 seconds and became the fastest quarter-mile in a non-sprint race. This race earned Dr. Frager the title as “The World’s Fastest Horse.”

A Long Goodbye holds the record as the fastest-running American Quarter Horse in history. In 2005, he won the MBNA America New Mexico Challenge Championship at Sunland Park with a record time of 20.686.

On July 28, 2012, the Thoroughbred named Oklahoma Natural ran the fastest half-mile in 43.20 at the Fair Meadows racetrack. He still holds the record as the fastest recorded time of a half-mile.

At the handicap race at Monmouth Park, Mandurah broke the record for the fastest one mile on a turf race at 1:31.23 on June 6, 2010. This is a remarkable feat when you factor in those horses run faster on dirt.

In the Grade I Strub Stakes, this racehorse beat the previous 30-year record set by the Hall of Famer, Noor in 1950, and the record currently still stands.

What Factors Determine the Speed of a Racehorse?

There is a common misconception that the speed of a horse is determined by the height of the horse. But if you consider real-life examples, like Northern Dancer and Seabiscuit who dominated the racing circuit at only 15 hands, you will realize that other factors come into play. 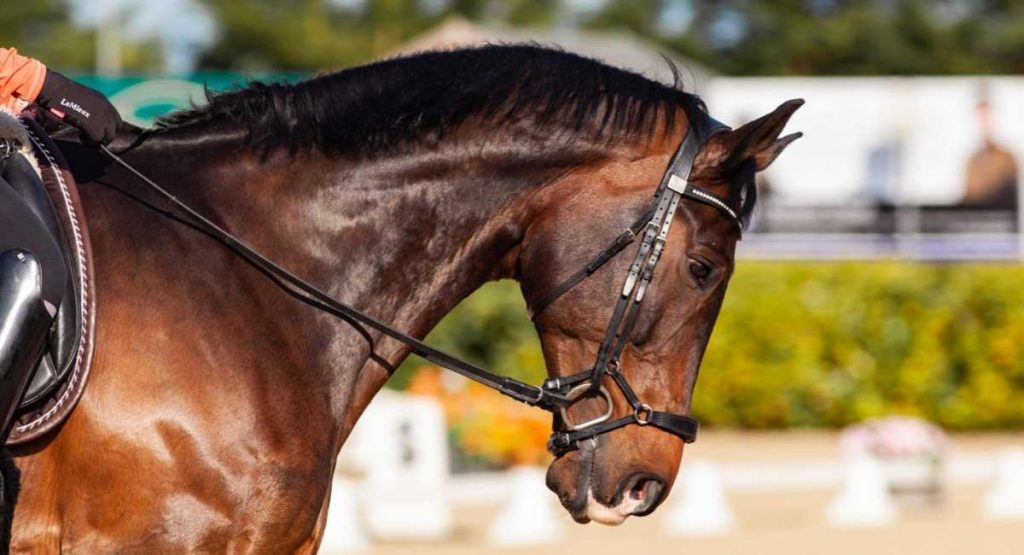 An average American Quarter Horse is smaller than a Thoroughbred but still churns out faster speeds. For a racehorse to excel, the factors to look out for are:

The stride of a horse is the distance it covers in a single leap, as in the distance between the spot where the horse’s front foot first touches the ground and where the same foot lands next on the ground. The average stride length of some of the fastest racehorses is 20 feet.

The stride angle of a horse is the distance between its front and back foot. It is usually measured at the point where the rear foot pushes off. The stride angle is used to estimate how far a horse will flatten out while racing.

Stride angles are very relevant because a higher stride angle directly translates into longer strides. Secretariat had the highest stride angle of all racehorses in history at 110 degrees. A lot of horse racing experts believe that the stride angle is crucial for determining how successful a racehorse will be.

With the combination of a long stride, excellent stride rate, and a high stride angle, a racehorse is guaranteed maximum speed at any horse racing tournament.

The Anatomy of a Racehorse

To successfully run race distances with the required speed for winning, all the horse’s system needs to work in tandem. A hard-running horse with a high stride rate would need a large amount of oxygen to maintain that speed. The respiratory system needs to be functioning at peak levels.

When a horse runs, it takes in air as it extends its body and provides the body the right amount of oxygen to power through. They breathe in large amounts of air through the nostrils when they stretch their bodies and exhale air when they constrict their frames.

Any horse that can breathe easily and freely will perform well on the racetracks. Some horse owners tie the tongues of their horses before a race to ensure that the airways remain open while they run.

To meet up with their high speed and energy consumption, the heart of a racehorse works at high levels. The heart of an average racehorse circulates 75 gallons of blood per minute. Each circulation increases the number of oxygenated cells in the horse’s body, which transports oxygen from the lungs to the parts that need it.

On average, a horse’s heart weighs 9.5 pounds. Secretariat had the largest heart known to mankind at 22 pounds, which would explain the impressive feats that the small horse was able to achieve.

Horses are a magnificent sight to behold when racing. Beyond the awesome spectacle we get to experience on the racetrack, there are hundreds of protocols that need to be put in place to ensure the horse has a successful run.

The modern racehorse is an absolute sight to behold. If you would like to breed some horses that have a decent distance and race times, any of these breeds is a good place to begin.

As racehorses age, niggling injuries and the wear and tear of racing reduce their talent over time. Most human owners can use the best from their mature horses as a lovely show horse for cattle events or studs for breeding.